Budapest: A Historic City in a Nutshell 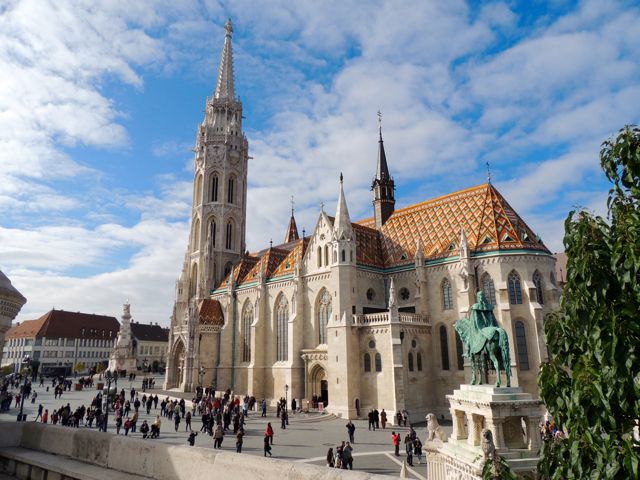 A sightseeing tour in Budapest will reveal to you the amazing and colorful architecture that made the city one of the marvels of Central Europe. Because of the city’s long and diverse history, all major artistic styles are represented here and you will spot them instantly from our hop on hop off tour.

The Caste District is the part of Budapest that truly represents the Middle Ages with the winding small streets and fortifications guarding the Palace. Note that most of the buildings, like the Fisherman’s bastion or the Matthias Church, represent the revival of older styles: meaning Neo-Gothic architecture. Another great example of this style is the Parliament building on the banks of the Danube. With its dome and numerous towers, it is a unique piece of architecture that can only be compared to Westminster.

Most sightseeing routes in Budapest go along Andrássy Boulevard, which is famous for the villas and palaces all along the street. These buildings are mostly from the 19th century, representing the eclectic style that is so unique to Budapest. A mix of Neo-Renaissance, Baroque, Gothic or Classicist architecture that truly captures the eye.

The inner city, which is the oldest residential area of Budapest, is home to a multitude of styles. Modern buildings rub shoulders with 200 year old palaces that were once home to rich merchants and aristocrats. Since many buildings were damaged or destroyed during World War 2, the style and variety of buildings is follows a checkboard pattern throughout the city. All along Rákóczi Street, you will see a lot of these, traditional and modern living side by side in Budapest.

The two banks of the Danube are the highlights of Budapest’s marvelous architecture that our hop on hop off tours must include. It is the best vantage point to see the bridges that arch over the mighty Danube, all products of ingenuity and design dating back more than a hundred years. The Chain Bridge was the first to make a stable crossing over the water, but the complex steel beam structure of the Liberty Bridge and the simple yet clear outlines of the Elisabeth bridge leave no doubt about their architectural beauty.

Whether classical or modern, our hop on hop off tour takes you everywhere and lets you see the city from the best perspective!